Baby, you can drive my car. But then the original Mini was more than just a car; it was a pop culture phenomenon. Back in the 1960s, it joined Rolls-Royces, Bentleys and Jaguars in the garages of the rich and famous, including Beatles drummer Ringo Starr. Now, as Ringo’s custom Mini emerges from restoration, we enjoy some archive photos of this brilliant British icon.

Hatch of the day 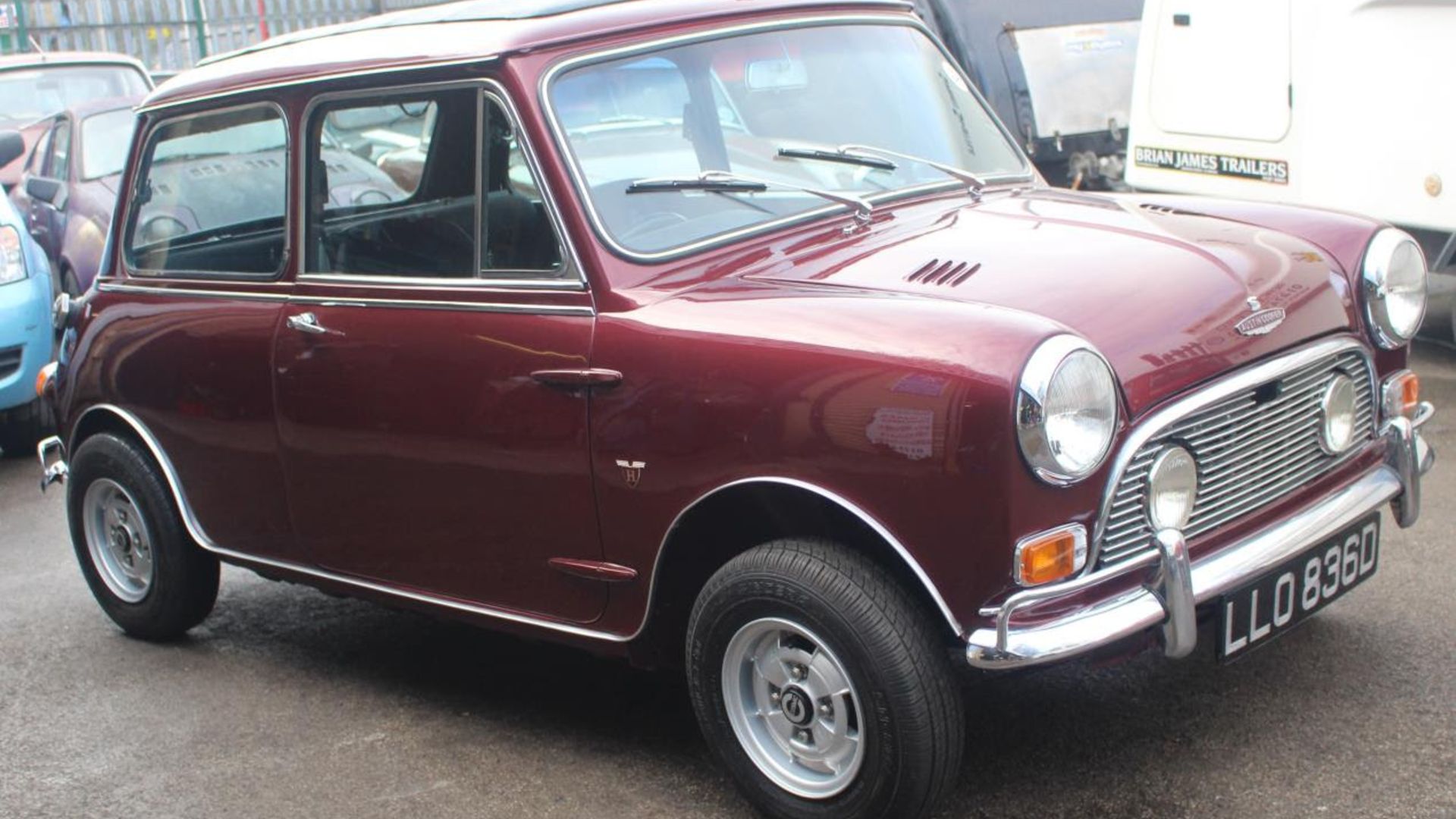 Ringo’s unique Mini was given to him by Beatles manager Brian Epstein in 1966. Its standout features are a hatchback boot and folding rear seat, designed so the three-metre-long car could carry a full drum kit. Now owned by ex-Spice Girl Geri Halliwell, the Mini has been restored by Acespeed of Yorkshire, including a set of 10-inch Cosmic alloys and retro-look Falken Sincera tyres. 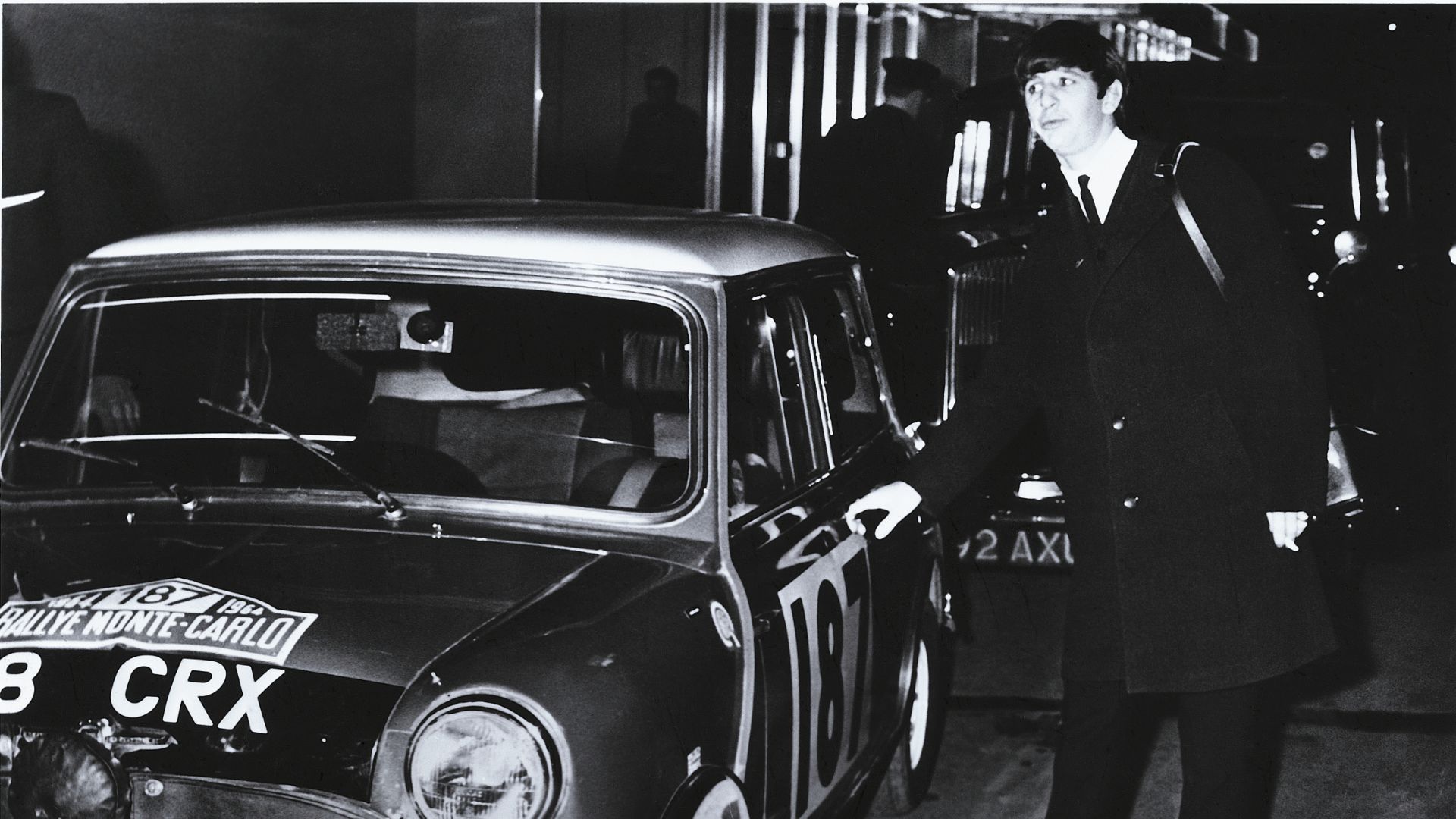 Ringo Starr is pictured here in 1964 with one of the Monte Carlo Rally Minis. The car won this gruelling event that same year, then repeated the feat in 1965 and 1966. Is he sneakily trying to open the door?

McCartney and a Mini 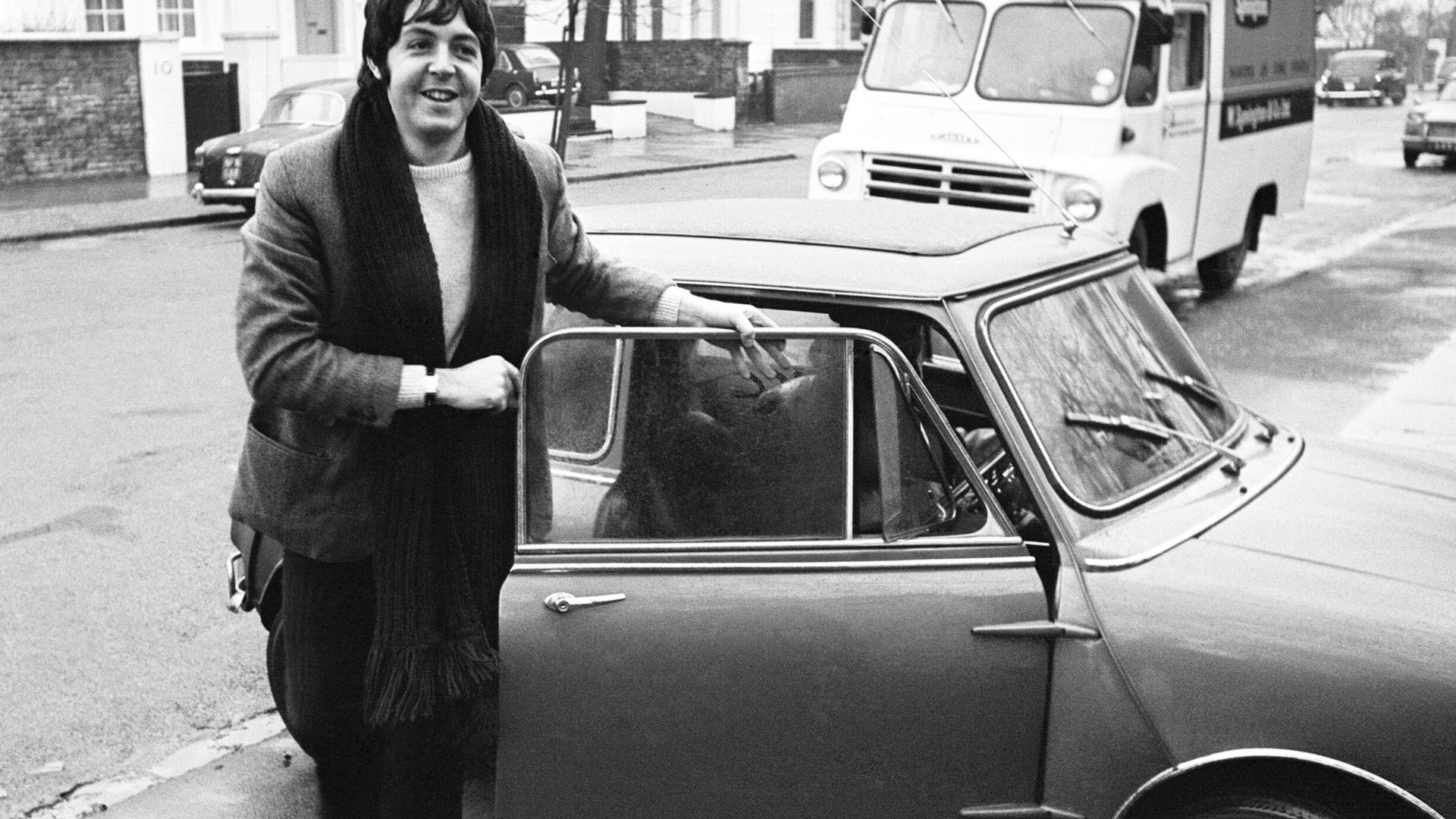 Paul McCartney was also a Mini owner. We believe this photo was taken in London’s Abbey Road – home to the famous recording studio. ‘Abbey Road’ is also the name of the Beatles’ 11th studio album. 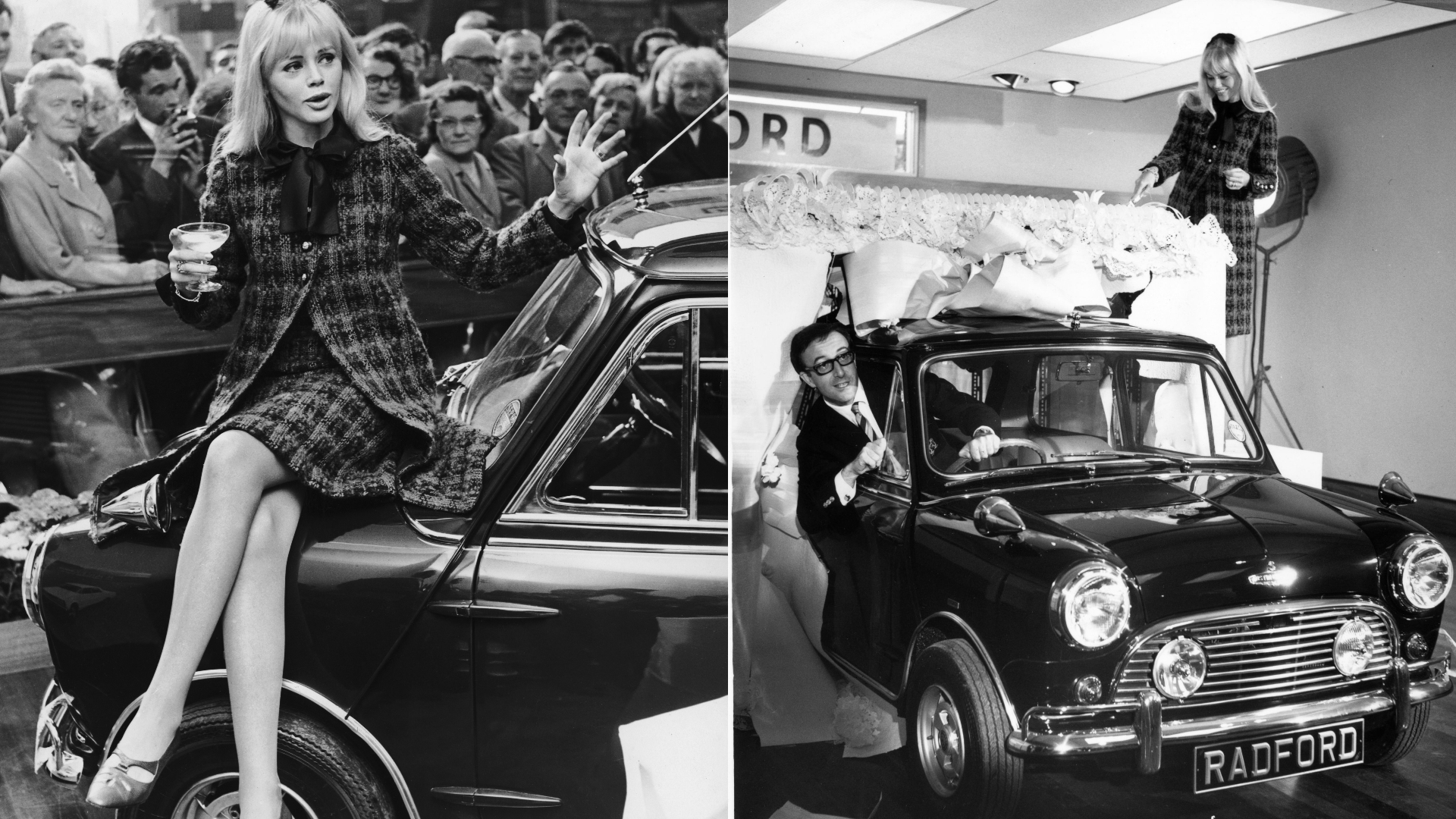 Swedish actress Britt Ekland drove a Mini: bought as a birthday present by her comedian husband, Peter Sellers. After collecting it from Harold Radford and Co. in Hammersmith – the same coachbuilder that modified the Beatles’ cars – the couple look understandably pleased. 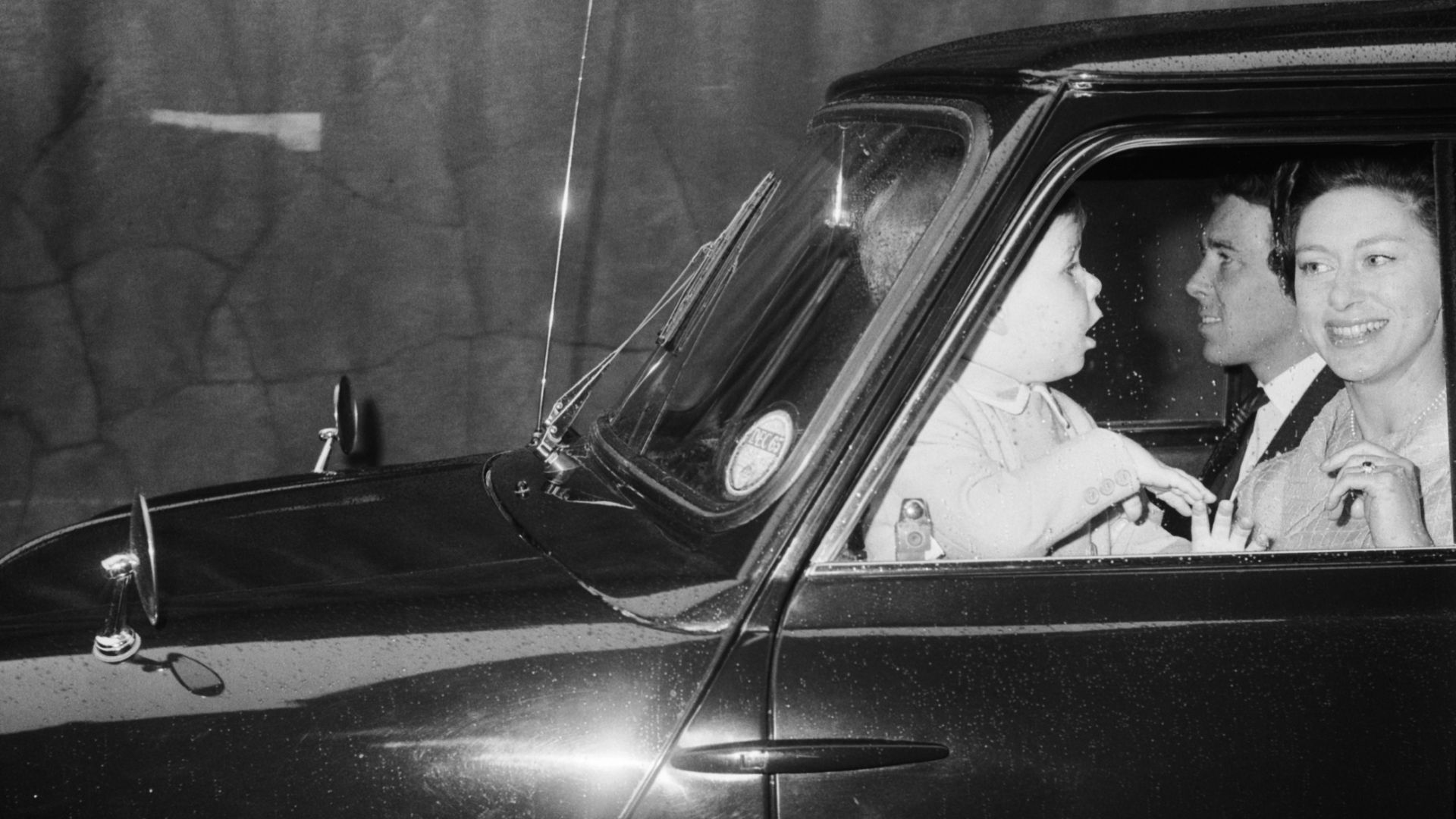 Princess Margaret and Lord Snowdon were both Mini fans. Here they are leaving Great Ormond Street Hospital in London with their son in 1965. 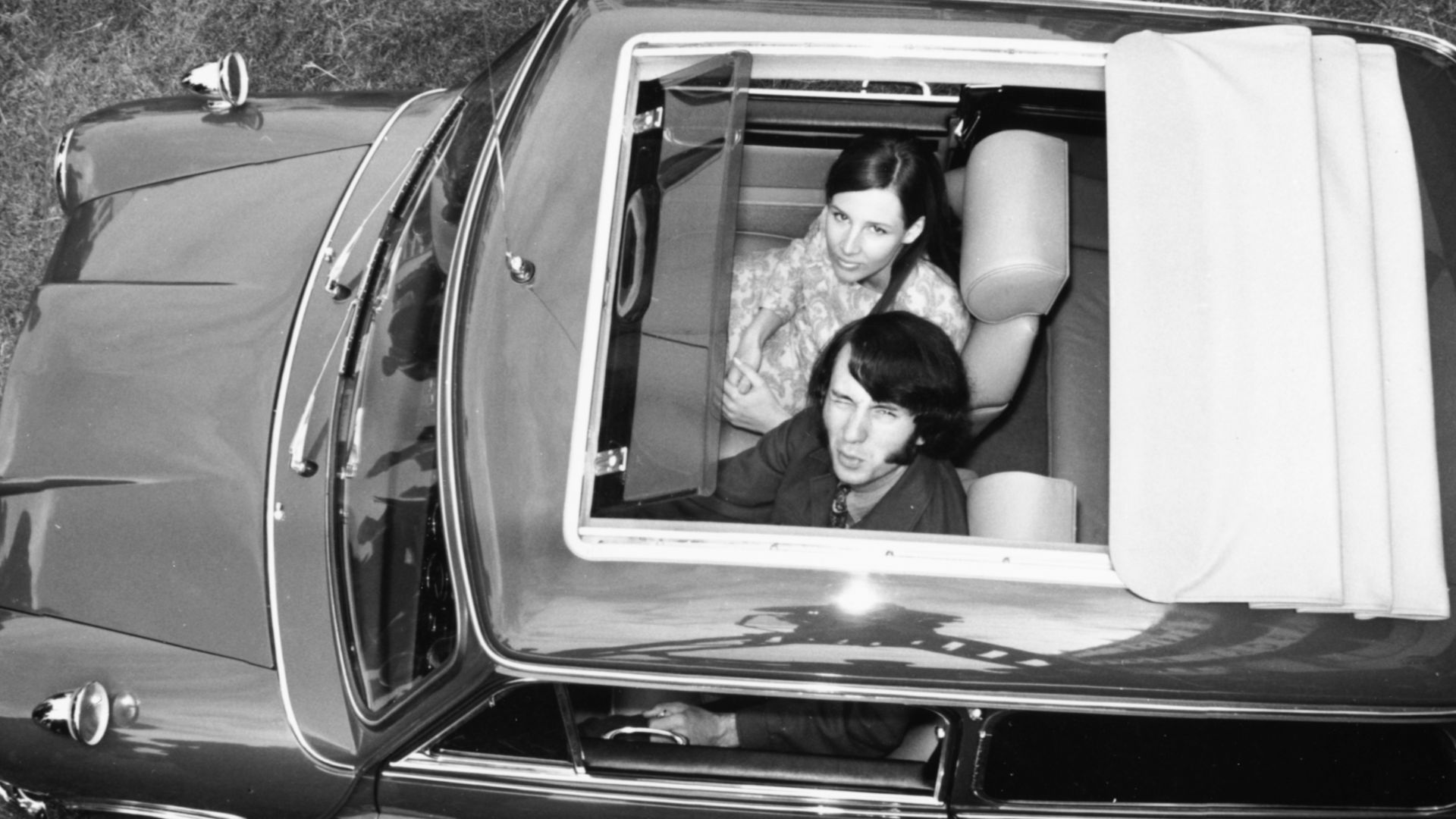 Not to be outdone by the Beatles, the Monkees were Mini fans, too. Here’s guitarist and singer Mike Nesmith enjoying a jaunt with girlfriend Phyllis in a soft-top Mini in 1967.

Getting Twiggy with it 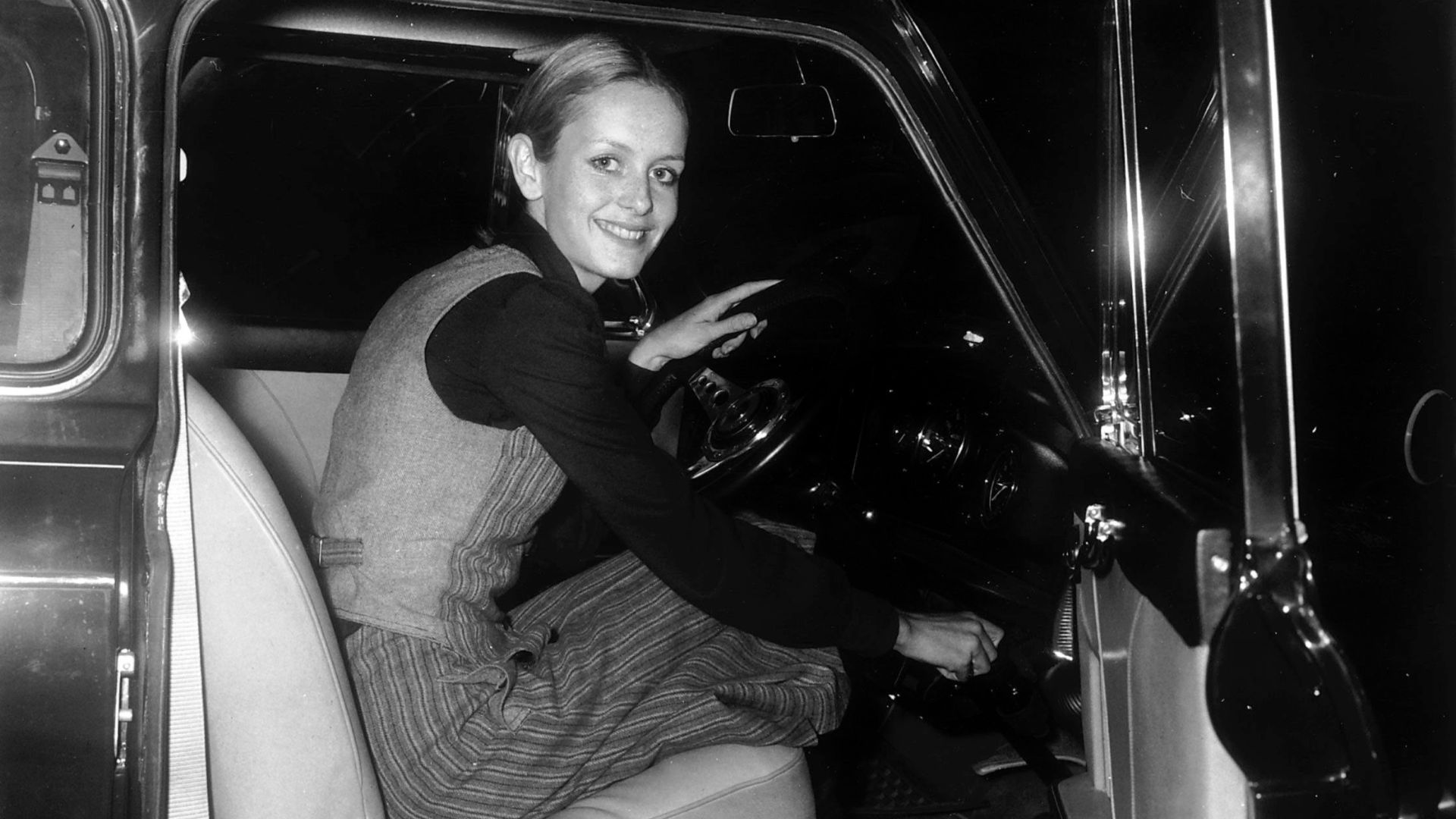 Model and style icon Twiggy is very much associated with the Mini. Here she smiles as she prepares to drive away in 1968. She passed her driving test in this Mini, too.

Posing up a storm 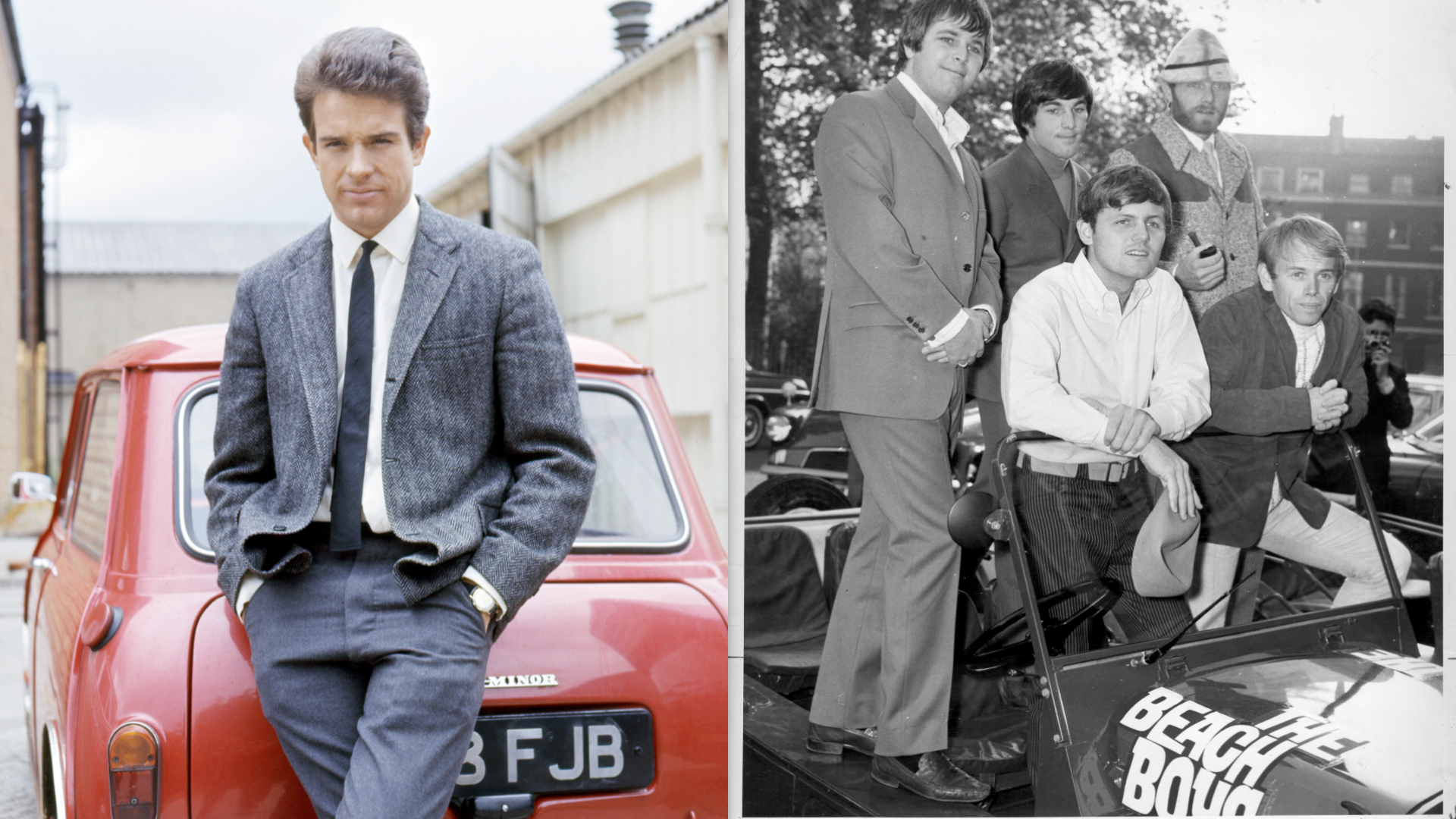 On the left, like James Bond leaning on his Aston Martin DB5, here is American actor Warren Beatty with his red Mini Minor. It’s a promo portrait for the film ‘Kaleidoscope’. On the right are The Beach Boys, posing with a Mini Moke. 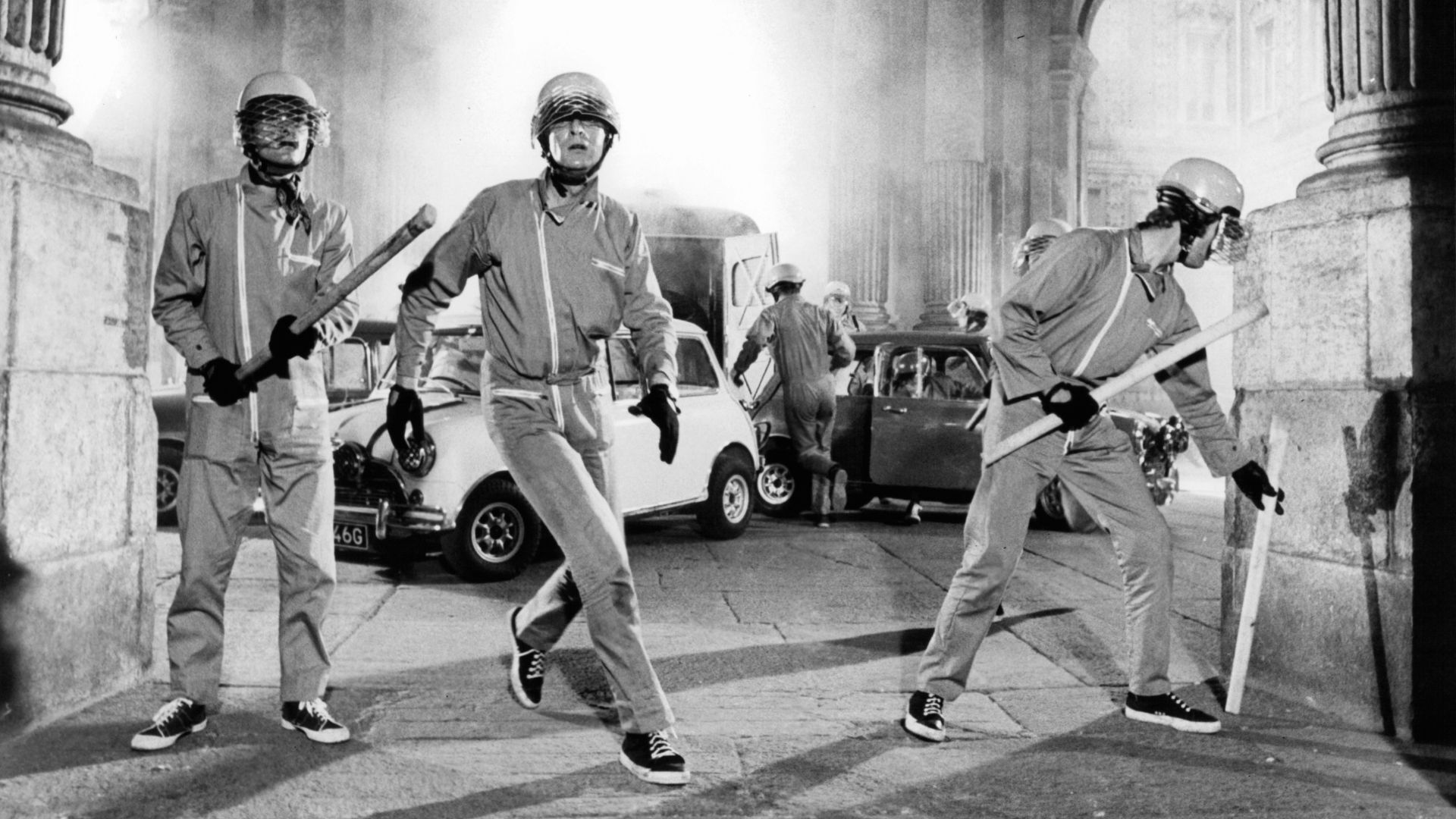 The Mini was the car of the stars, and also a movie hero in its own right. Of course we’re talking about ‘The Italian Job’. 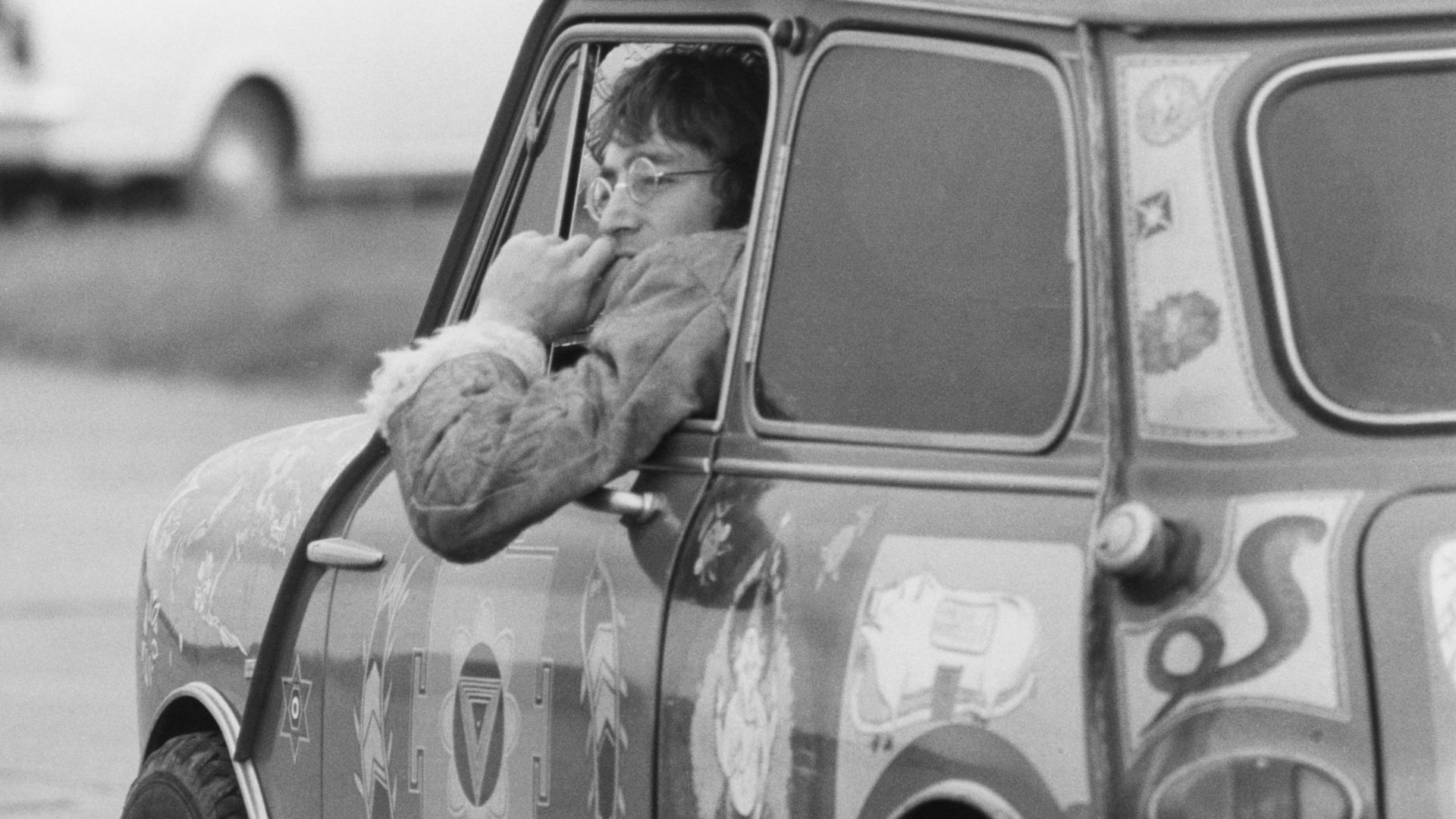 Now, this is pretty cool. George Harrison’s psychedelic Radford Mini de Ville is the stuff of legend. It’s fun to see it at work with John Lennon riding shotgun in 1967, as the band works on ‘Magical Mystery Tour’. 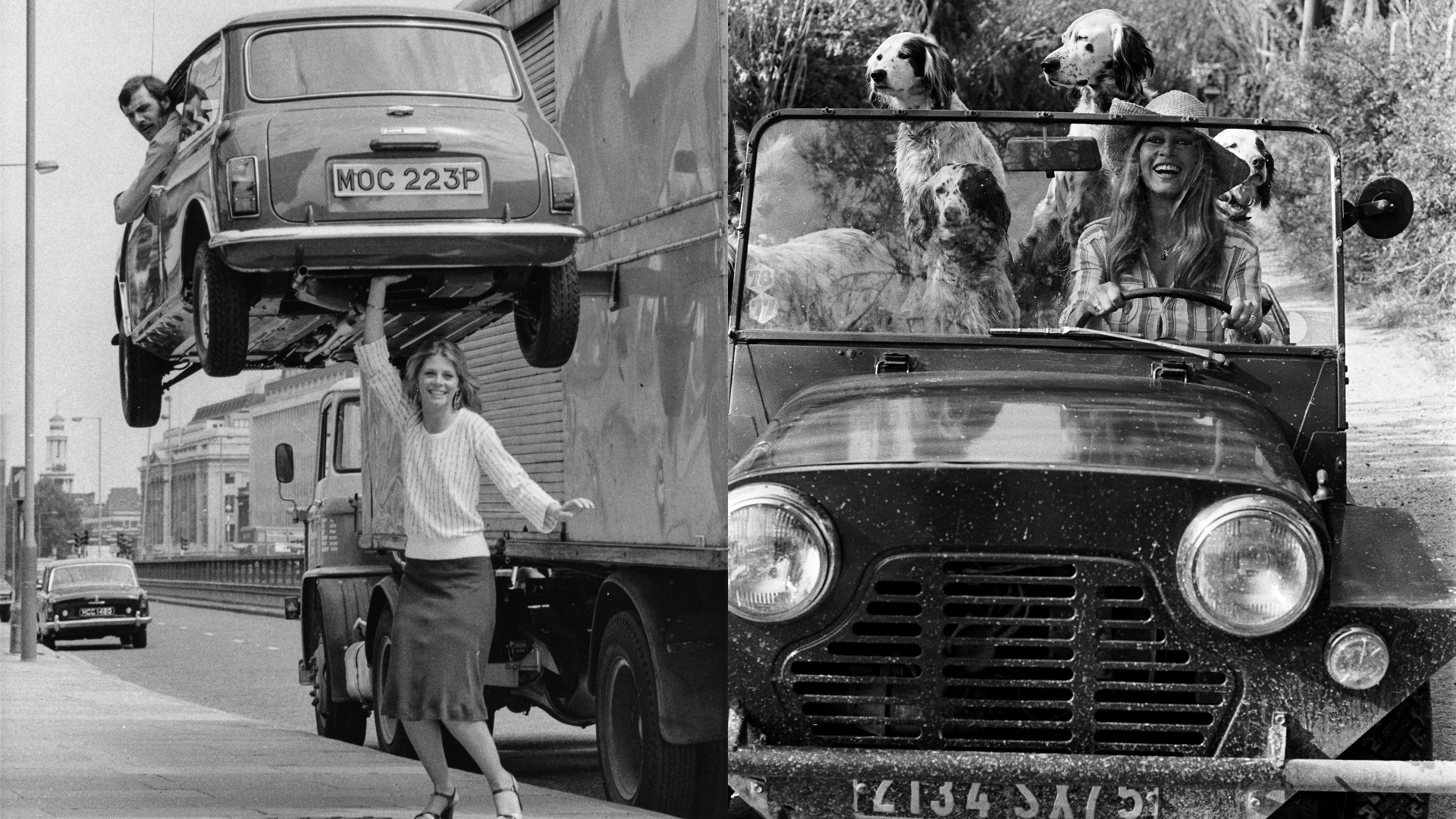 On the left, a dramatic shot of American actress Lindsay Wagner using her strength to ‘lift’ a Mini. Wagner was promoting the television series, ‘The Bionic Woman’. On the right, French actress Brigitte Bardot takes her dogs for a ride in a Mini Moke in 1980. 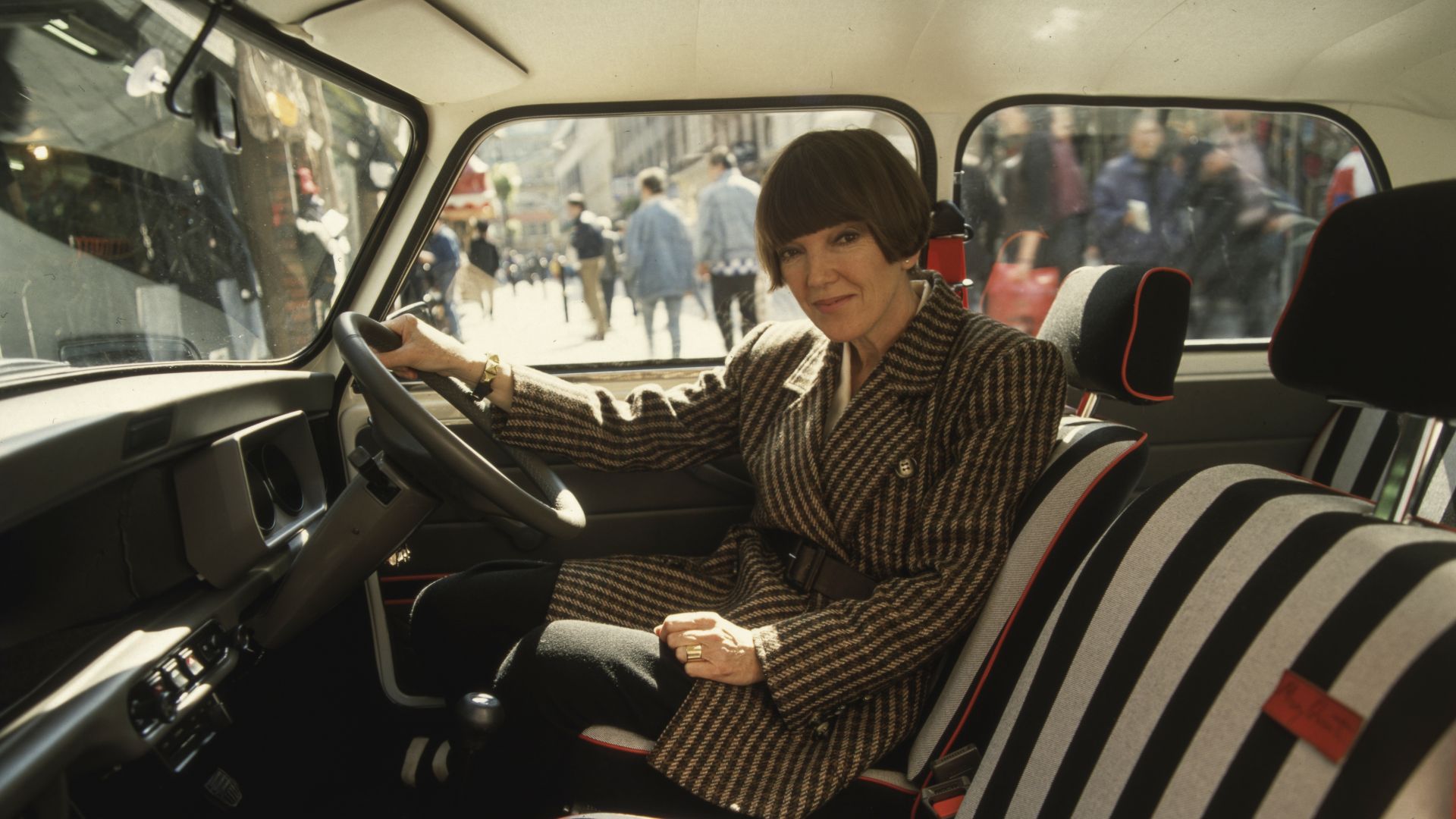 Here is Mary Quant in her special edition Mini Designer in 1988. That was 33 years ago, but the Mini was already 29 years old. 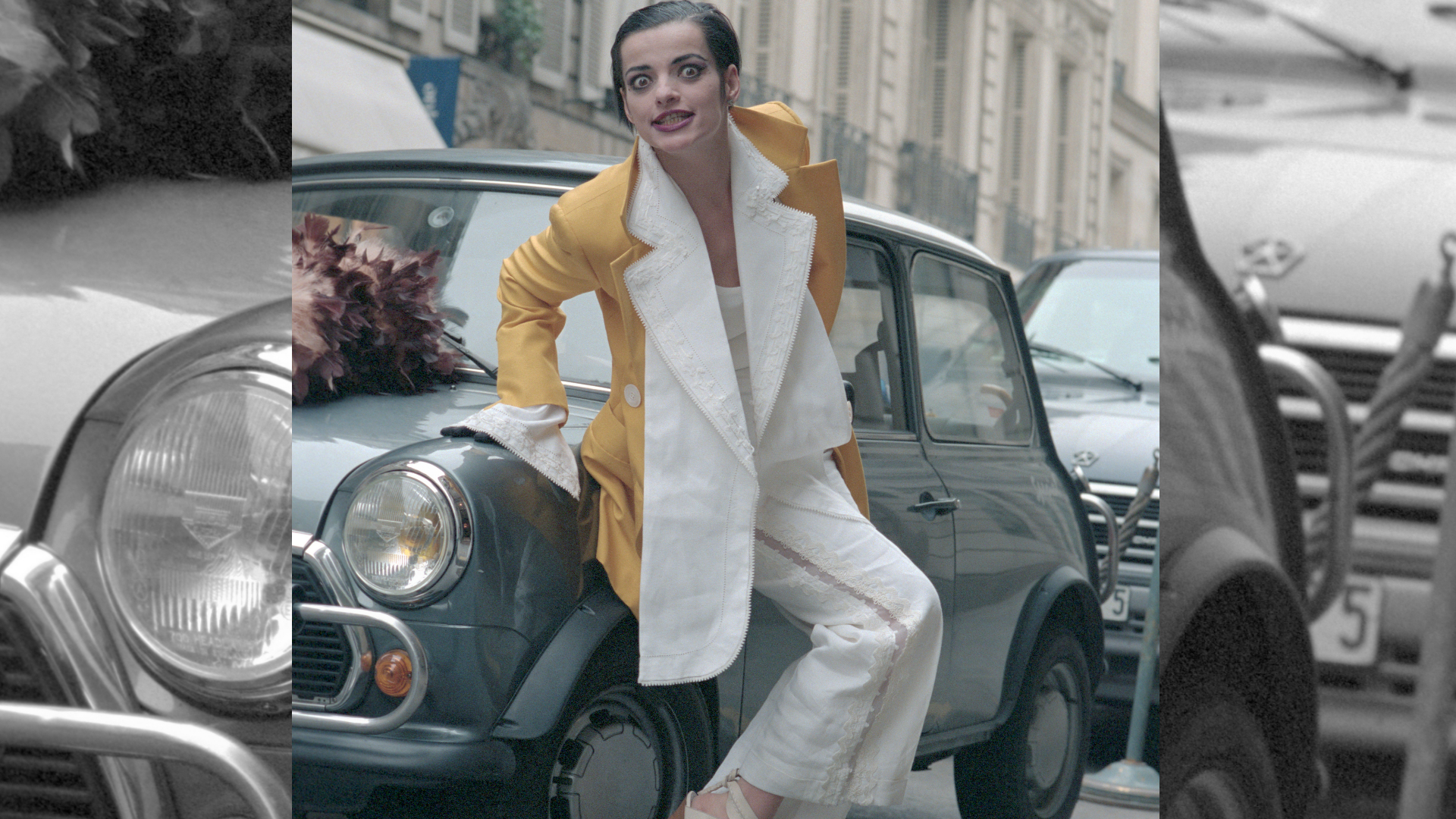 The year is 1994 and the singer posing with this Mini is Nina Hagen. The cari has come a long way from the original Austin Seven and Morris Mini Minor of 1959. 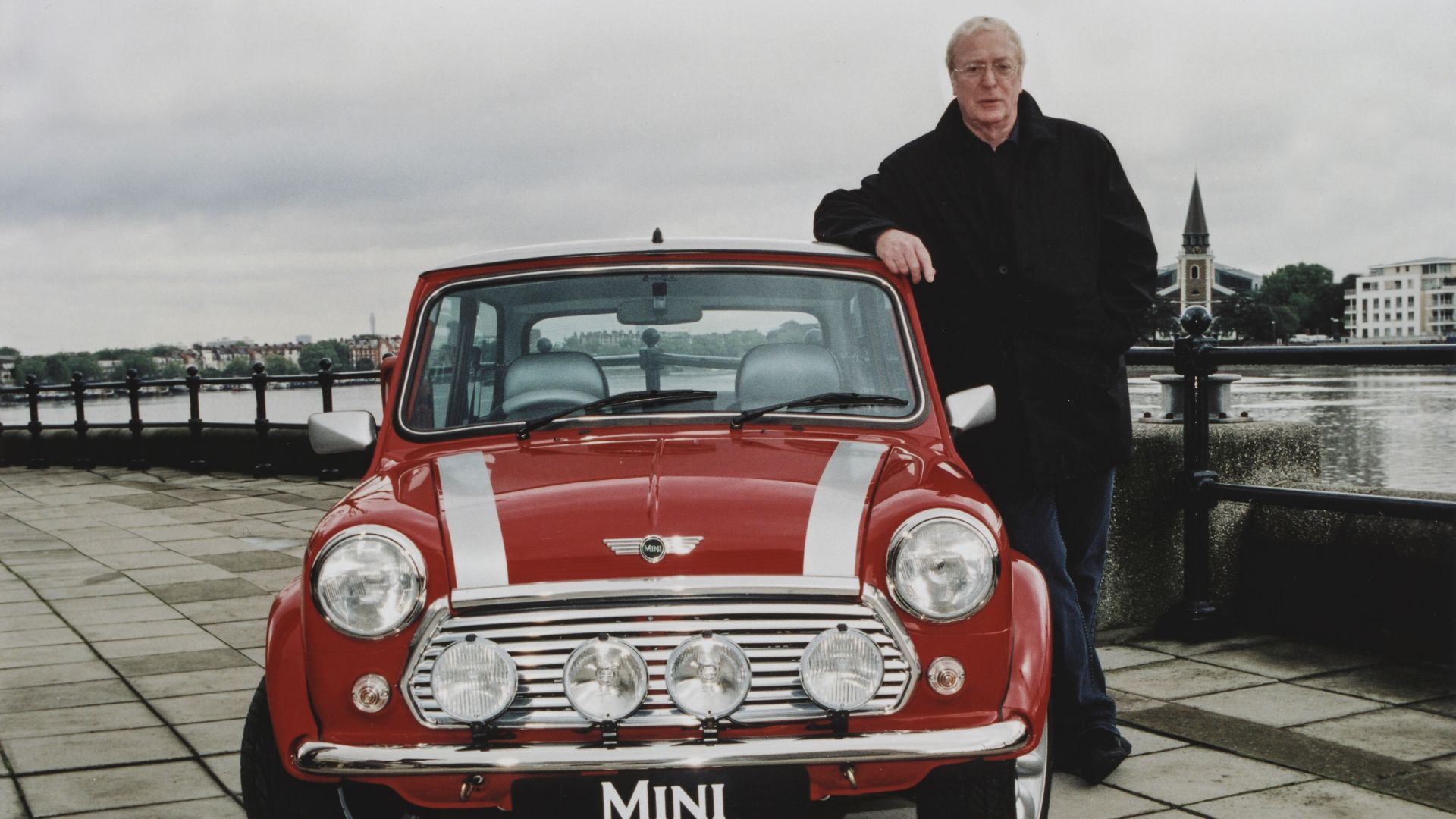 In 1996, a man who helped make the Mini famous, Michael Caine, poses with a Cooper he has signed. The car was due to be auctioned for charity. 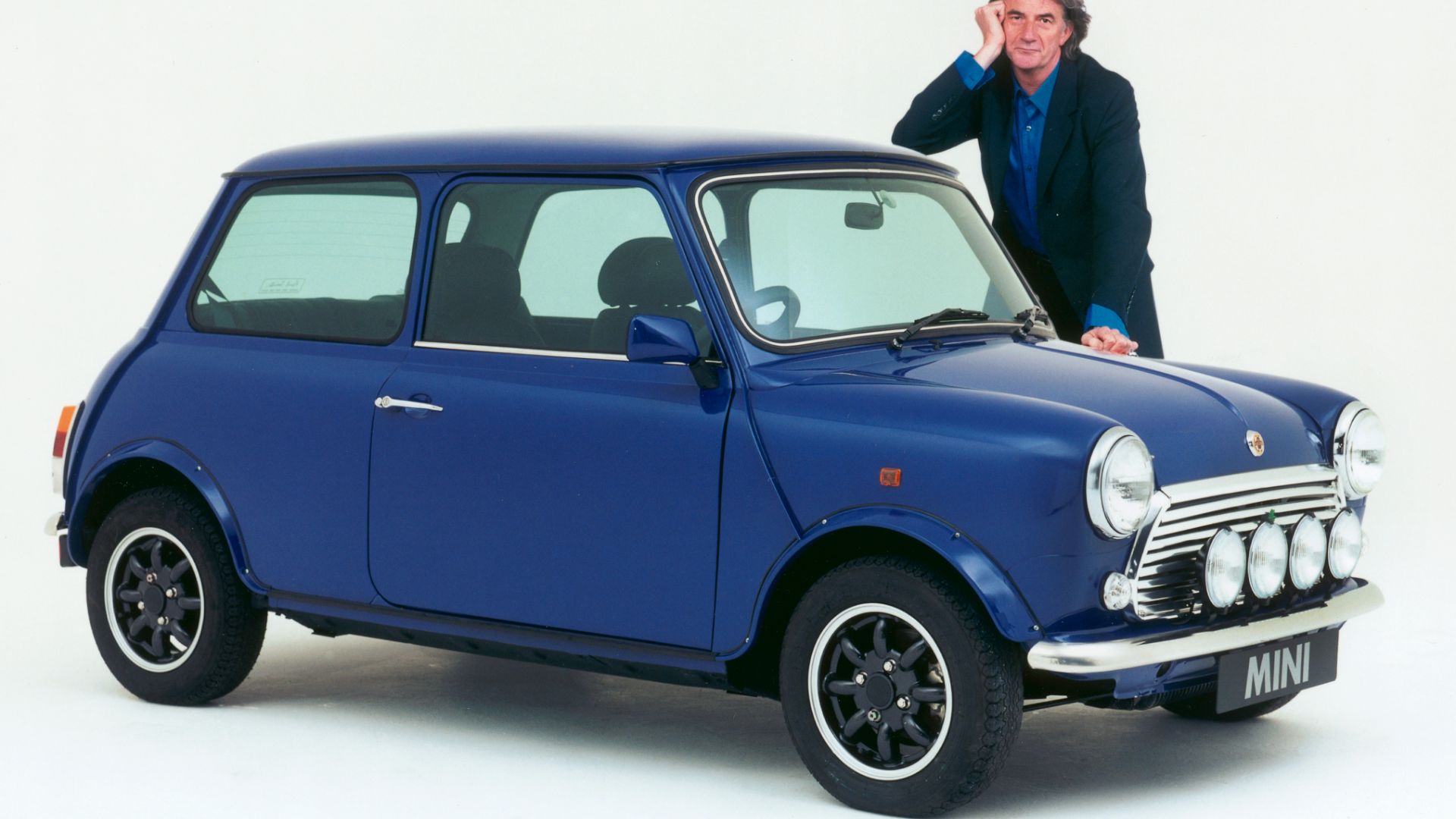 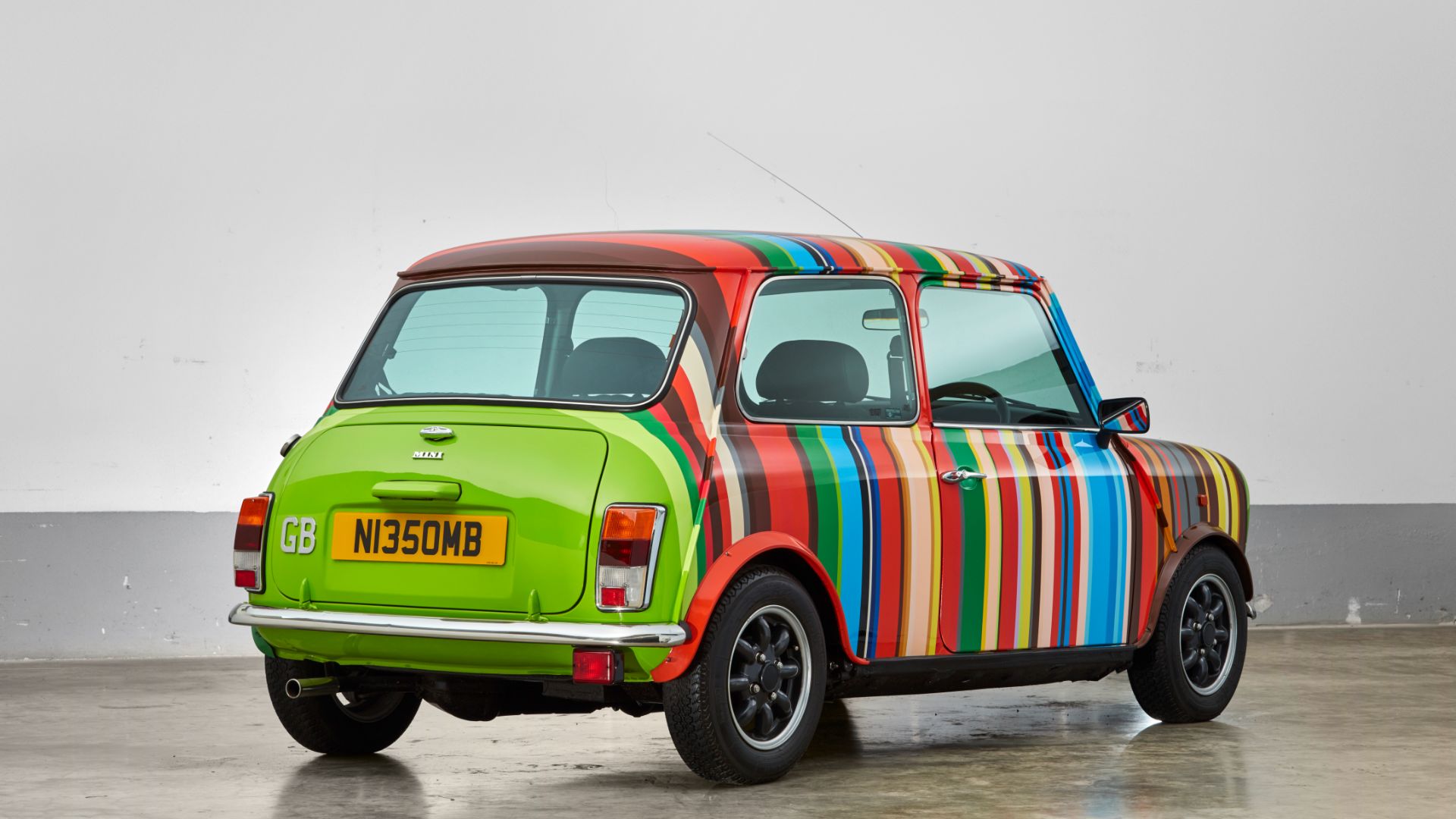 This striped special was part of the 40th birthday celebrations, when celebrities helped design their own Minis. Here is Paul Smith’s take. 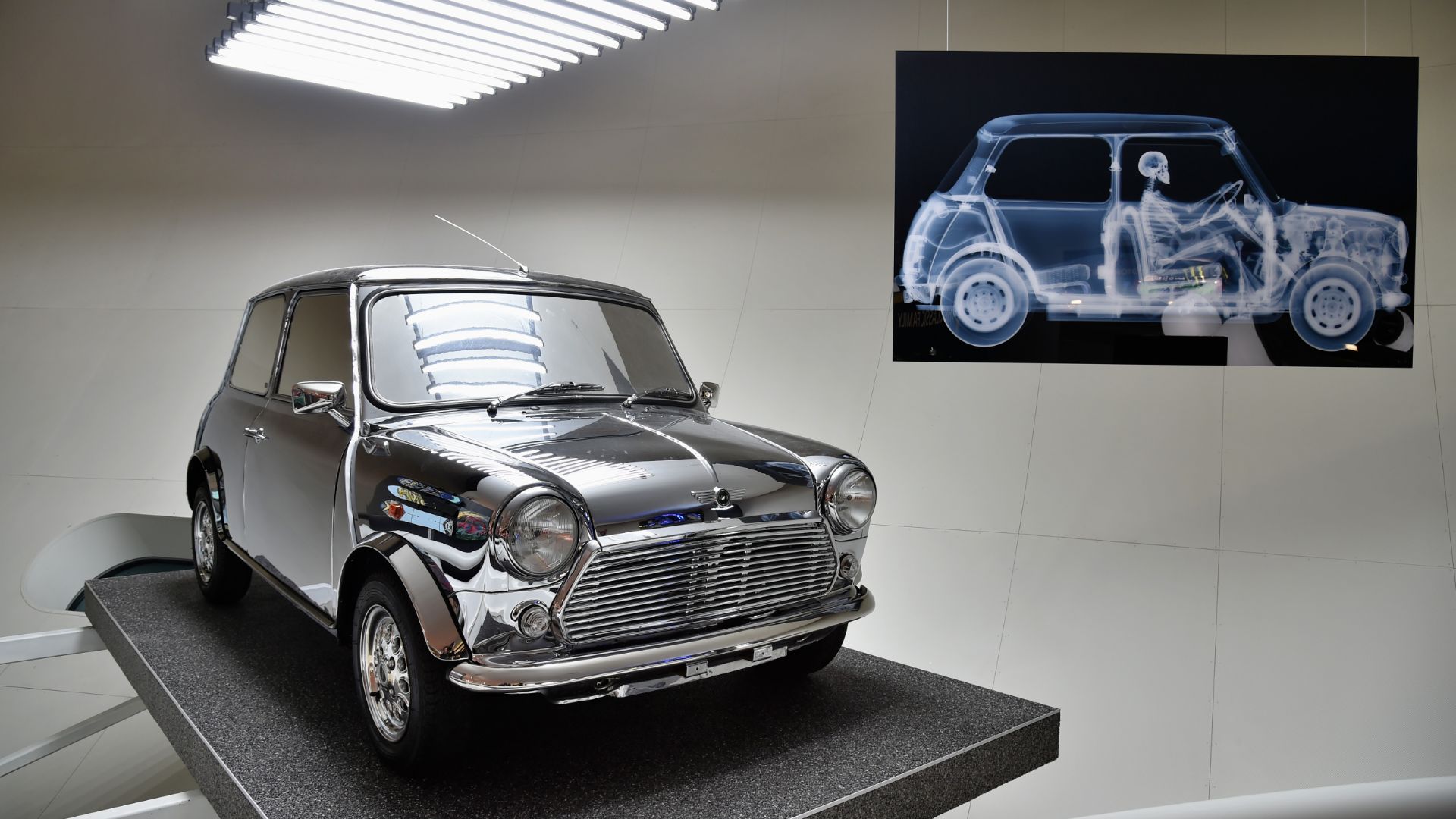 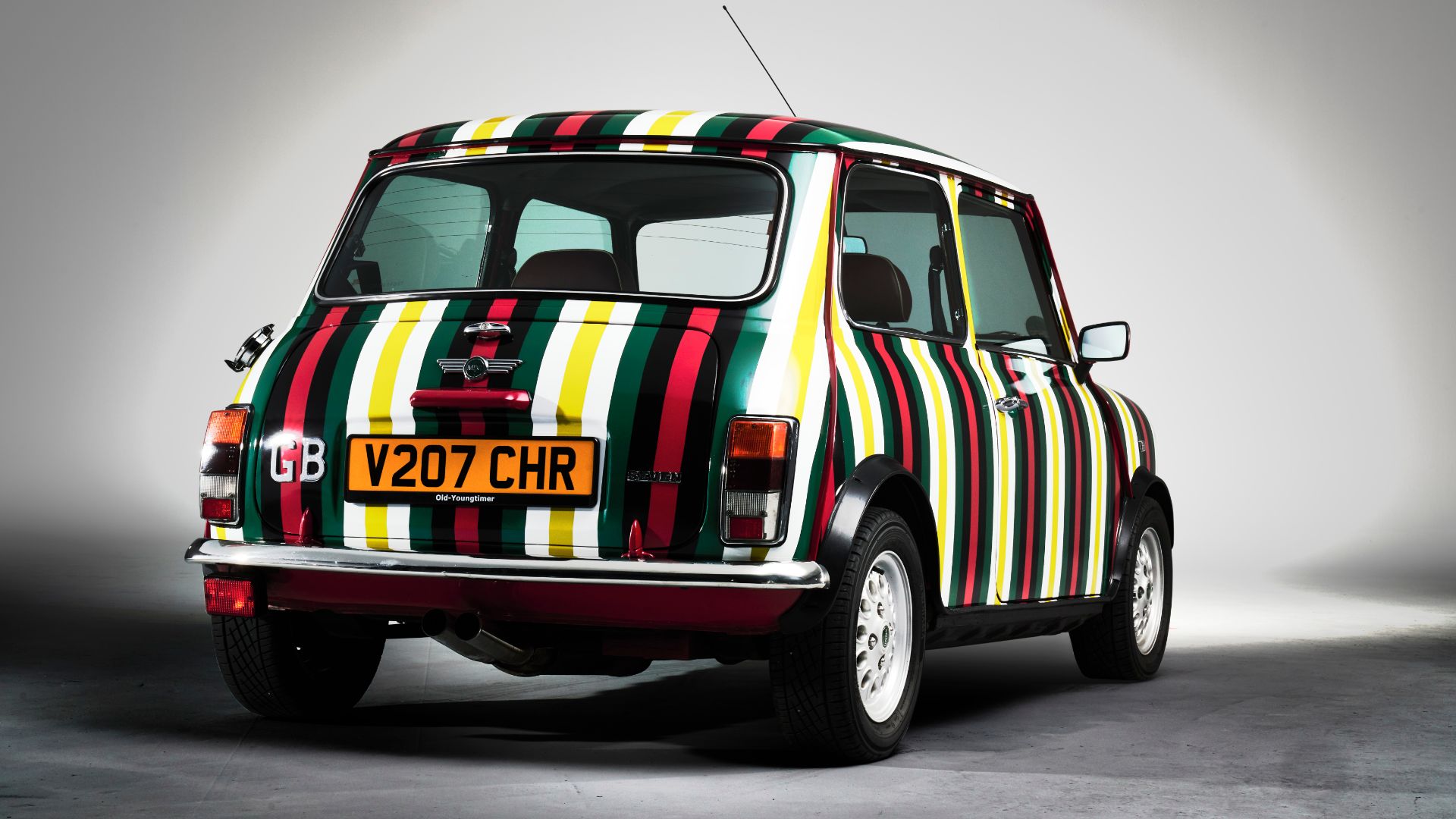 In celebration of this incredible little car’s birthday, BMW prepared a special classic restoration, wearing the stripes of the 60 Years Lifestyle Collection of clothing. 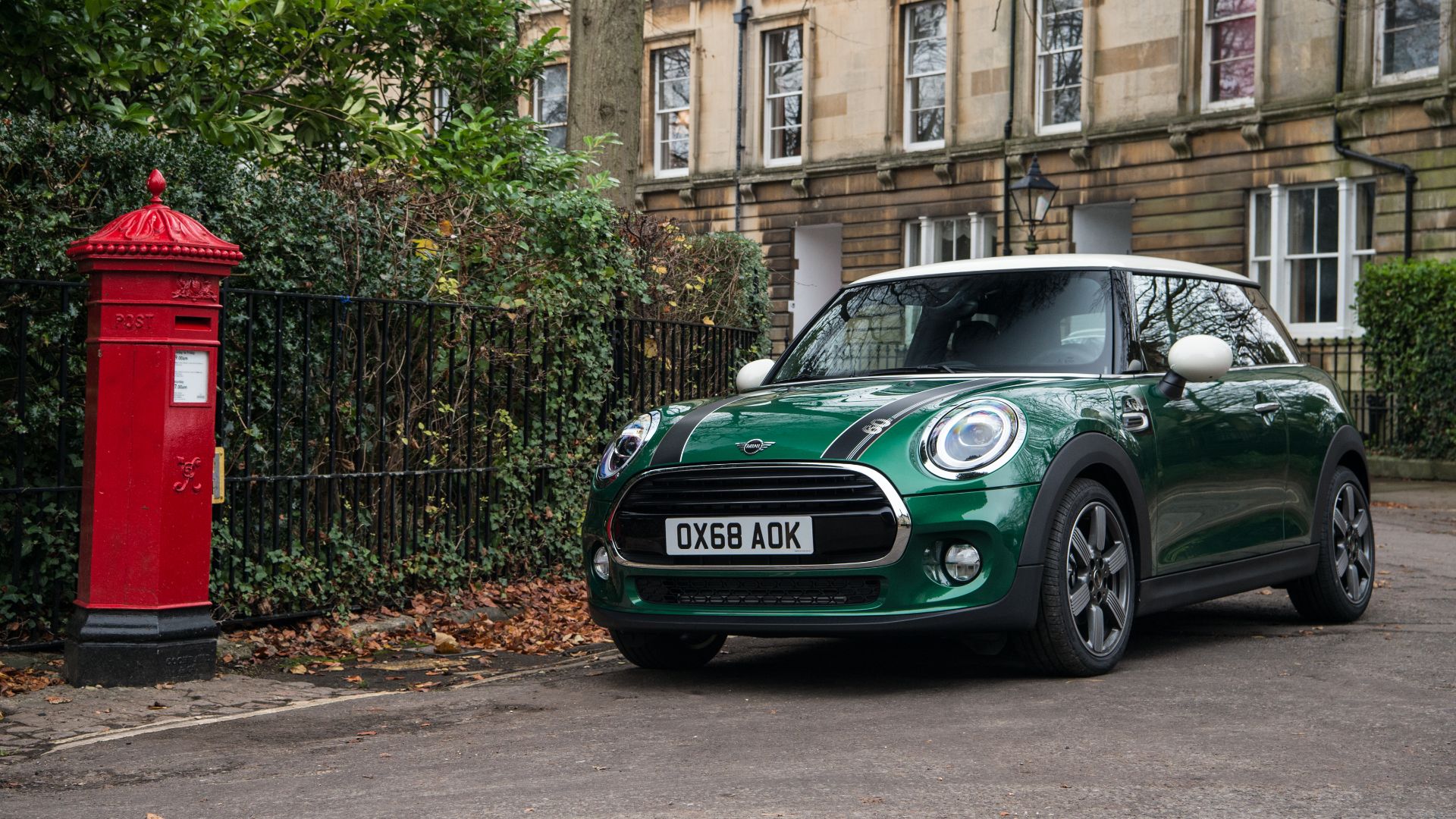 There was also a 60 Years Edition of the modern Mini: the reinvented marque’s birthday present to itself. We prefer the original.